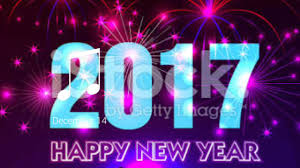 Hello. I wish you, your family and your friends a year filled with good health, hope, peace, love, and prosperity. May you achieve all your goals in 2017.
2016 has been a year of achievement for me. Of course, you now know where this is going!
I wrote my second novel in 2016. I wrote the outline for the novel in 2015 and on New Year’s Day 2016, I set a goal: to complete the first draft of the novel by the end of the year. I officially completed the first draft on 30th September 2016. I say “officially” because it was not really a first draft at that point. I had already rewritten big chunks of the draft.
Anyway, I went on to write and rewrite the draft and produced a final draft which I then submitted to the editor. The editor returned the manuscript in time for me to complete the book before the end of the year. The novel is now in production.

“So, where do you find the time to write?” you might ask.
I do most of my writing during the weekends. Yes! It is not unusual for me to be seated at the table typing away at 6:00 AM on a Saturday morning. But I also “steal” time here and there. For example, when I take the children out for their extra-curricular activities, I sit on the benches and write notes in my notebook. Or, during my walks/runs—when the weather is good I walk/run 3-5 km most days of the week—I make mental notes. When I return to my work table, I write those notes. Sometimes they don’t make much sense and don’t make it into the book. I write them anyway. That’s how books are written. Right?
I have put a lot of effort into the novel and I do hope that it will be worth your time. You will laugh less than with The son of Kasaka. You will, however, have a more powerful experience. Promise.
Once again, happy 2017 to you and yours. I am excited and can’t wait for you to read the novel!